Issues involved in simulating human beings include physical and ergonomic factors, as well as human behaviour modelling (the subject of this workshop). In training simulations, it is important to fully understand the human process which is to be improved by simulator training. This can include subtle issues such team interaction, as well the more obvious factors.

There is also a plethora of human-factors issues in the development, design, conduct, debriefing, and debugging of simulations relating to the use of simulators by human beings. Negative training, for example, occurs when users of a training simulation learn the wrong knowledge, skills, or behaviours. This can be the result of low-fidelity representation of important decision or feedback cues, of timing delays, of incorrect or incomplete problem representations, or of other simulator design flaws. It is impossible to build a simulator with 100% fidelity, and even 99% fidelity would be prohibitively expensive. To achieve the required outcomes, where is high fidelity necessary? Human-factors expertise is essential in answering that question.

Simulator sickness affects many users of flights and vehicle simulators, and limits the potential benefits of such simulators. See this 2005 study for an overview of research in this area.

In training simulations, a variety of cognitive-psychology factors also come into play. Likewise, in decision-support simulations, it is important to understand the limits of the conclusions that can be drawn. Which results tell us meaningful things about the problem at hand, and which results simply reflect characteristics of the simulation?

Simulation is an extremely valuable tool for both training and decision support. Yet, for the best results, it is important to take into account human factors in both the design and the use of the simulation. My interest in human behaviour modelling is no secret, so it’s no surprise that I’m excited to be running a half-day workshop on the subject at this year’s SimTecT conference in Brisbane.

The workshop will cover key issues and major steps in human behaviour modelling, including practical “how to” advice, data collection issues, verification & validation, and some common pitfalls. Applications to Defence, Mining, and Health industries will be covered (depending on the participants). Some practical examples written in NetLogo will be given, although the techniques presented will be relevant to any simulation system.

Update: Unfortunately this workshop has been cancelled.

Having heard Mike speak, it’s sure to be an interesting book, and the online sample chapters confirm that belief. It’s kind of ironic that, even though I’m originally a mathematician, what Mike says about inappropriate quantification really resonates with my experience. For a complete view of human activity, numbers, pictures, and stories are all important. And if they disagree, something is surely wrong. 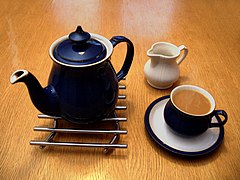 Are Security Questions a Joke? Or is the way the Systems are Designed the Real Joke?

I read a great article the other day on the threat posed by the use of password security questions as a Computer security issue.

I too have been quite amused by the poorly designed questions which purport to help you if you forget your login information for a site.  Frank Voisin suggests a few ideas to make them more applicable.

However, the second item jarred with me – Applicable: the question should be possible to answer for as large a portion of users as possible (ideally, universal).

I would have thought that the primary (and only) function was to have something which was individual to the person involved.

Now I’m only a human factors scientist, but my training suggests that we ask the individual to design their own questions.  Sure, give them some advice and make the process as intuitive as possible, but give them the ability to make it as individual as they like – surely that‘s the whole point!  After all, this information is only kept in a secure database to be accessed as needs permit.

Is it more that the systems designer was trying to make his or her job easier?  Sort of fitting the human to the system rather than designing it to the individual’s explicit needs?  Did this save them a few lines of code?

Obviously some human science input into this area is sorely needed.  This raises the question of whether someone who is a computer scientist first and has cross-trained into the human interface is the best person for this role, or someone with a psychology or social science background.
My suggestion is that in this case, you really need some cross disciplinary interaction to arrive at an optimal solution.

Was Steve Jobs the Commercial Mesiah?

I recently viewed a Simon Sinek presentation on TED:

He used Apple as an example of a business which uses the why or underlying belief system as its primary corporate message which then leads into the how and what they do.

This brings to mind an article reflecting on the Steve Jobs legacy that I read after he passed away.  Steve insisted that the design of a product be the key factor.  This then informed the subsequent engineering process and marketing.  As Sinek notes, he did the opposite of what other technology companies typically do.

In doing so he not only made Apple a premier company but also made it a leader in its field.  If imitation is the sincerest form of flattery, the design of competition mobile phones, entertainment devices and tablets signal that Apple’s business method is the one to follow.

How does all this relate to Human Factors Science and Human Science generally?

I believe that we provide the why based on our knowledge of the end user – the human.  Unfortunately, all too often the technical and marketing areas dictate what is produced without any input or thought of the human interface, reflecting some of Sinek’s assertions.  If the end user does not find the product intuitive or empowering to their human experience (informed by our scientific approach to this aspect) the product will probably fail as a commercial success.

So really the challenge is not a real challenge at all.  Get professionals to handle matters at each stage of the process.  However, start with the Human Factors Scientists to provide the why, then let the engineers and technicians loose to produce what they’re good at, the how and what.